The towel is the latest, most innovative golf towel you can take on the green with you.

Why is it unique:

If you want to have your logo on the Kangaroo golf towel, we can do it for you.

To purchase, please fill in the Contact Form, our team will respond as quickly as possible. 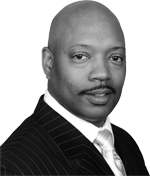 The invention of the cutting-edge Kangaroo golf towel was inspired by David Cotton and it came out of his love for the game and the never-ending challenge of getting better. He realized there is a need for a golf towel which stays moist through the round. Unlike other golf towels, the Kangaroo towel stays moist throughout the round. One does not have to worry about water and moisture of the golf towel, but can enjoy the game.

David Cotton is a mechanical engineering Technician of 31 years for NASA GRC building space flight and aerospace hardware. He is a disabled veteran of the United States Marine Corps where he spent eight years as a field radio operator. He became the recipient of a US Patent in 2009 for the “Device for cleaning golf balls and golf club heads“which he started in 2004. He started playing golf in 1998 for fun, it has since grown into his passion. He looks forward to contributing to the sport of golf.

His personal time is spent as a volunteer Bible Student in his community. He enjoys using all his life experiences to help others and himself to grow as a player by designing products to enhance the game of golf now and into the future.