Why do golf clubs have grooves and what happens if they’re full of dirt? 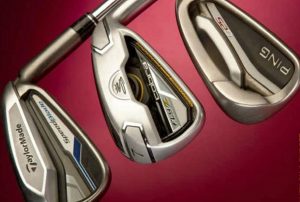 They are part of the identity of every single golf club. But just how much of an impact do grooves really have? Could you still generate spin without them and should we all be carrying a groove sharpener in our golf bag? We asked Scott Manwaring, Callaway’s Director of Irons R&D, to explain…

What is the function of grooves?

In layman’s terms, they create spin which generates drag and lift force for the golf ball. The ball needs a certain amount of spin and speed to maintain a controlled flight and grooves are one of the critical variables. It’s the complete opposite of the downforce generated by Formula One cars.